We are excited to announce the launch of the Laser 2000 Series swept laser, a laboratory-grade O-band or C-band tunable laser that can be operated as both a step-tuned or swept-wavelength laser source.

Many devices, waveguides, and photonic integrated circuits (PIC) have wavelength-dependent performance that needs to be characterized and tested. By utilizing rapid wavelength scanning, a single laser source like the Laser 2000 Series can quickly scan the typical wavelength ranges utilized by such applications as DWDM and CWDM optical datacom and telecom transmission signals.

The rapid, consistent, and stable sweep characteristic of the Laser 2000 Series coupled with its built-in synchronization trigger inputs and outputs, allows users to synchronize the laser sweep with other measurement tools such as fast optical power meters, spectrum analyzers, oscilloscopes, and more. 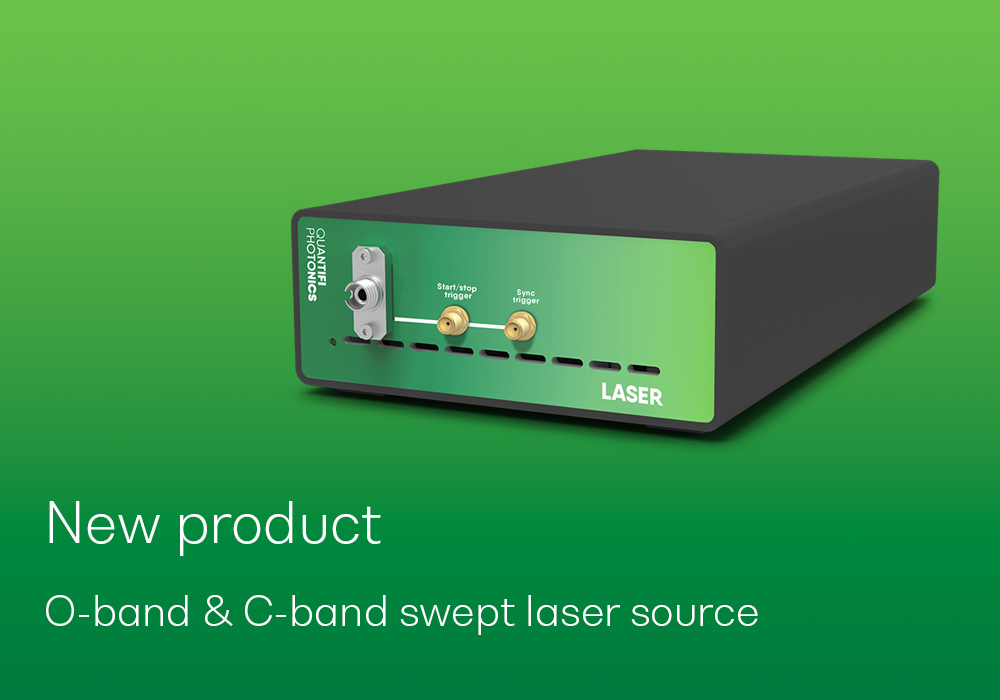